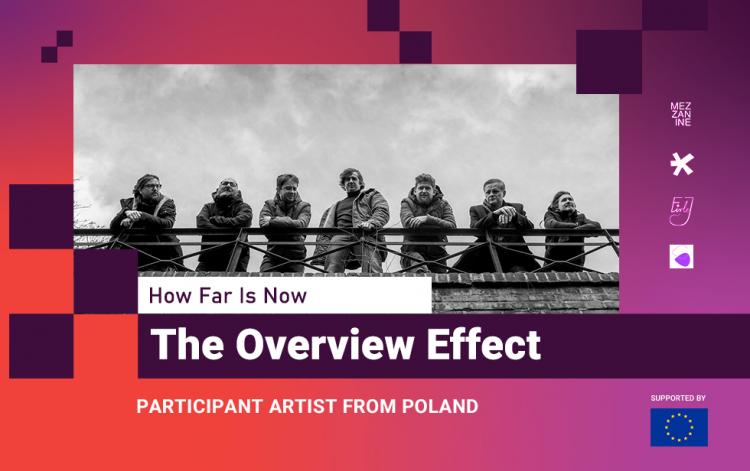 OvE (The Overview Effect) is a band made up of musicians from Ostrzeszów (Poland) known for playing in Vermona Kids, Let The Boy Decide, Blue Raincoat, Soldering Iron, Last Train Is The Slowest or Low-Cut. On first album - "Without territory", which will be released in summer 2021 by Fonoradar Records, they treat us with a juicy fusion of soul, jazz, afrobeat and probably other trends that are not they still have names. Rhythmic energy, guitar and keyboard spaces intertwine with the singing of the brass section, creating an original musical mixture.

Geo started just before Corona hit us all. This made us wait for their debut release, and the upcoming shows. All its members have been around the underground for a long time. As programmers, artists and musicians in bands such as Lewsberg, Rats on Rafts, Sweat Tongue, Adept, Santa Fé, Fake O's, Willie Darktrousers and more. The band is here to encourage people to be weird, emotional, sincere and physical.  Their message translates to music that looks for the edges; making weird funk and danceable punk.

sophistication. is a one-woman band guided by Kyiv based musician Sofia Shvager who combines an acoustic guitar with a piercing voice making quite a minimalistic, calm and chill sound. She enriches her rather folk sound to create a slow city-meditation through her stories, a bit dark, a bit melancholy but still quiet and warm.

Cellar Twins is a modern rock band with an enigmatic sound identity. Composed of 4 Belgians and founded in 2014, the group offers an intense journey into a unique universe where light and darkness combine. After a first EP in 2017, the band released the album DUALITY in December 2019, praised by many Belgian and international critics. At the end of 2020 Cellar Twins signed with the Italian label Rockshots records and their American booker "Death by metal". Somewhere between passion and rebellion, Cellar Twins revitalizes a multitude of musical horizons and asserts itself as a new image of rock music.