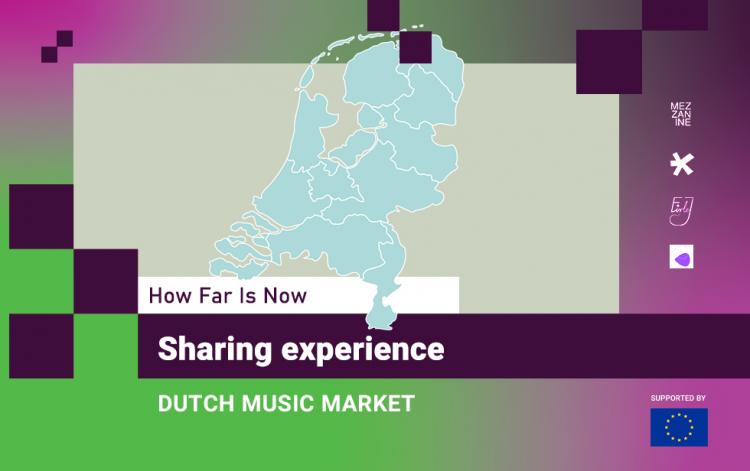 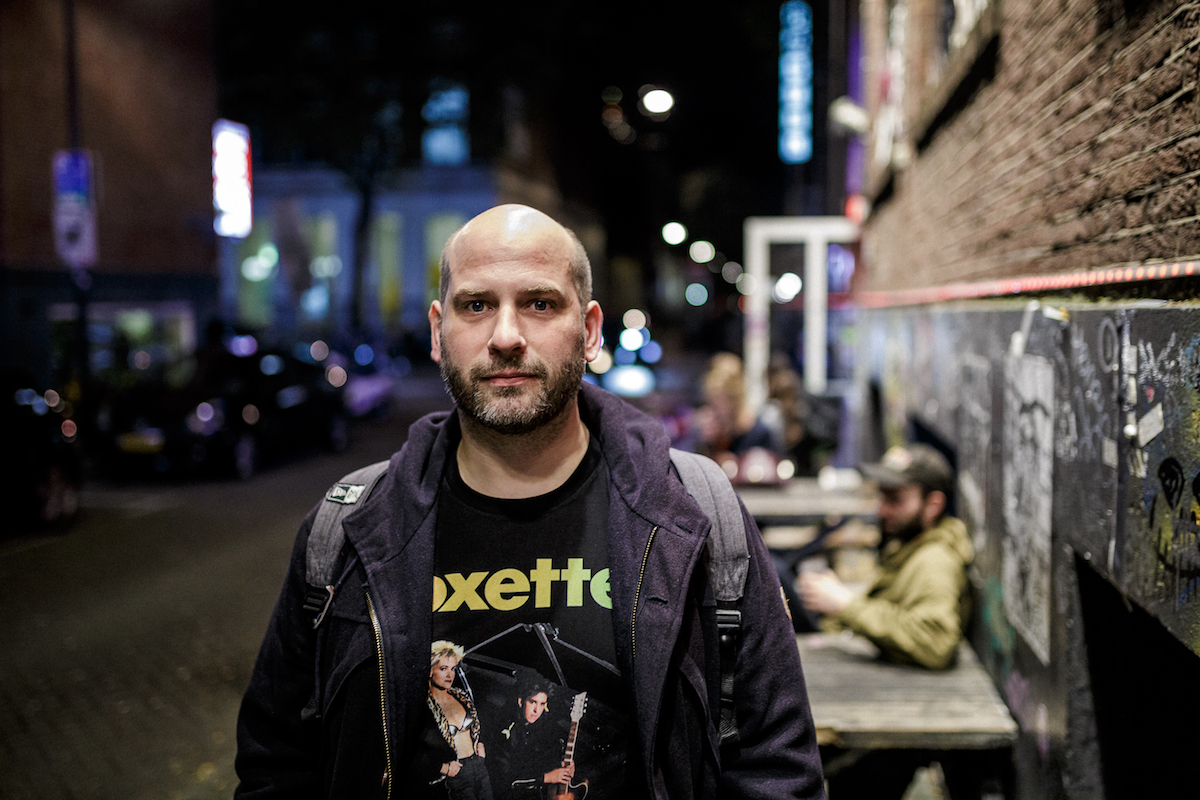 The expert — Koen ter Heegde, an independent promoter, agent, and label manager. In 2005 he co-founded the independent label “Subroutine Records”, which released music by over 40 Dutch acts. He also runs the “Yugofuturism” booking platform that introduces acts from CEE and Russia to The Netherlands and vice versa. Besides, Koen currently curates festivals “Welcome to the Village” and “Peel Slowly and See”, and he is a promoter of “WORM Rotterdam” and “OCCII Amsterdam” venues.

In his presentation, Koen emphasizes the importance of network creation and people relationships in the DIY scene. He started with a point about how different musical ecosystems are built up and gave an interesting metaphor to describe this process. In his opinion, it looks like an underground railway, where artists not only tour other cities/countries but also arrange a kind of welcome station at their home helping each other to make things happen.

Although the idea of community importance is not new to the music world, it is very relevant today, when the major players in the industry care about their own opportunities, rather than musicians. The money machine searches for new acts, talents, and audiences. However, what's really cool and noteworthy often started as a grassroots initiative. And several local scenes in the Netherlands are good examples.

In 2018, the small Dutch city Leeuwarden was made the European Capital of Culture. But 10 years ago, almost nothing happened there. It took a huge step forward thanks to the younger generation organizing concerts and other cultural events.

Another interesting case is Rotterdam which today is also considered one of the cultural hubs in Holland. Since 2012 many creatives have been moving there because the apartment rent was cheaper than everywhere. They brought new blood and fresh projects to the area. Now there are several venues in Rotterdam that are worth attention: WORM, Rotown, Annabel, Baroeg, and Roodkapje.

Groningen is a special point on the Netherlands music map. It is a university town with only about 185 thousand inhabitants of which one third are students. It’s hard to stay there after finishing study because of lack of job opportunities, so the population is renewed naturally, and young people predominate. The 18 — 20 y.o kids are looking for a night out, and the city has a long 24-hour party tradition. It is also located perfect for touring bands, just on the way from Hamburg, Berlin, and Bremen to the west of the Netherlands. And, of course, it’s impossible to forget how many good venues there are in Groningen. The city has developed an infrastructure for live music with its main treasure, the “VERA” club. Besides VERA, Koen highlighted places such as Simplon and Oosterpoort.

In addition to the mentioned music hubs, our expert also provided a list of other places in the main Dutch cities.

Amsterdam: Paradiso, Melkweg, OT301, Bitterzoet, and smaller ones like OCCII.

Festivals and their role in artists development

The most common way for international acts to make their first steps in The Netherlands is either through showcase festivals, such as Eurosonic/Noorderslag or working with independent promoters and agents. The Netherlands has traditionally focused more on music from the UK/USA and less on continental music, but there have been encouraging changes in recent years. It has become more common for Dutch scene representatives to be invited to more boutique European showcasing events (MENT Ljubljana, Tallinn Music Week, Sharpe Bratislava). These kinds of showcases are also frequented by many smaller Dutch festivals looking for new talents.

The Netherlands hosts about 1000 festivals for pretty much any genre, from avant-garde to jazz and from rock to electronic. The country's audience is very diverse. The biggest festivals are pop-oriented “Pinkpop” and alternative “Lowlands”. However, in recent years, the focus has been shifting to smaller, well-organized boutique events such as “Le Guess Who”, “Down the Rabbit Hole” and “Best Kept Secret”. In the dance segment, festivals such as “Dekmantel”, “Solar”, “Mysteryland”, and “Decibel” have a huge impact in terms of both visitors and programs.

Post-pandemic realities and new priorities on the scene

Now the industry is looking forward to the festival season 2022. But a lot of work has gotten lost due to the pandemic. Despite initial governmental support, many professionals in the Netherlands got into trouble after venues and events were forced to close down for almost a year with small breaks. The live music sector still is under strict regulations, but since 25th September the rules have been lifted for a vaccinated/tested audience. However, tours have been postponed countless times, and momentum for international touring acts was lost. Koen predicted it will take another year to get back to normal. But, of course, some things are permanently different now.

One interesting change that will continue developing in a post-COVID reality concerns European touring. Koen believes that there will be a big shift for the Netherlands — from the UK to central Europe. Even today it’s harder to book connecting tours in the Netherlands. Besides, promoters from the UK are interested in central and western Europe, and musicians like to go there. More and more festivals are happening in that area. These events gather many people, a new audience, which is important for touring bands.

Koen emphasized that one of the priorities for promoters now is to build the bridge between Western and Eastern Europe and try to find a way to include musicians from Romania, Poland, Ukraine, etc. in the European network.