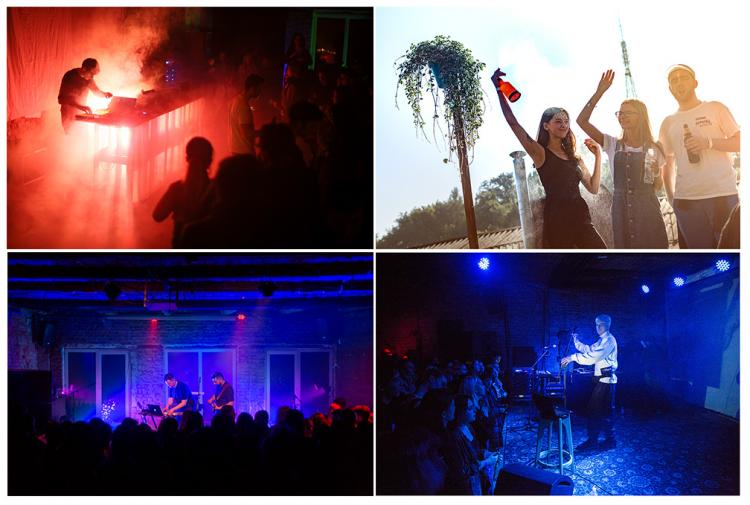 About How Far Is Now

With the project idea in mind, we have chosen the partners from totally opposite parts of Europe - Eastern and Western because of the following reasons. It’s basically much easier to cooperate on the regional level and a lot of venues already use this grouping method: to share the cost and logistic between territories, it’s much easier to cooperate with venues which live in a similar context to yours, etc. But we have chosen to try out organizing a project with the venues we have never worked with and see how we will fight against those differences. That is challenging because of the following reasons:

1) It is hard to cooperate having thousands of miles between each other, so this project can be the first step to break these boundaries.

2) The circulation of the talents and staff from our countries is really limited, so we would like to improve this situation

3) Totally different realities we live in, which is going to be an interesting challenge to learn from. Venues in Western Europe (Belgium and the Netherlands) operate in stable and developed markets, where the competition for each person in the audience is really harsh. In contrast, the partners from Eastern Europe live in stormy times with unstable economic situation, where one has to struggle not only for the audience but also to make ends meet in terms of keeping the salaries for the staff and struggling for international acts (who usually have a higher artists’ fee for the countries they don’t know).

That is why with this project we truly believe that we will be able to develop an efficient working scheme between totally different realities, to settle strong cooperation relationship between all 4 our venues and will be able to scale the results to the bigger international level.

The project is implemented by:

MEZZANINE (Ukraine), a cult music venue with a capacity of 250 people, which has become home to the best local upcoming bands from Kyiv and all over Ukraine. It is also a multi-functional place where guests enjoy chamber concerts, atmospheric parties of well-known Ukrainian and foreign musicians, discussions, workshops, presentations, cinema evenings, performances, lectures on art, design and travelling, barbecue parties on the balcony and many others.

Firlej (Ośrodek Działań Artystycznych "Firlej, Poland), a Wrocław cultural institution founded in 1992. Its mission is to create and discover modern trends in culture in Poland and abroad. They are open to all the neighbors — children from the neighborhood, youth, pensioners. In their activities on the stage and in the backyard, honesty is the main value that guides them. They want to promote open-mindedness and readiness for change, both through concerts and international music projects, as well as activities aimed at developing the local community. They support bands and music projects that are driven by passion for music and the discovery of new sounds. In their local activities they focus on promoting an attitude of sharing — by creating a space for sharing skills, knowledge and ideas.

Podium Asteriks (the Netherlands) has a special concept and a team. It is fully run by volunteers and all money flows are set up to get exciting acts on their stage. Each of the so-called “friends of Asteriks’ work one night a week to make the live scene in Leeuwarden brighter and more interesting. They consciously keep the entrance price low, so that the threshold for discovering new music remains affordable. That purely on the voluntary commitment of enthusiasts make Asteriks a strange duck in the Dutch stages. The winner of the “Best stage” awards in 2019 by Popgala Noord, the award show for the pop culture of the Northern part of the Netherlands.

THE BELVEDERE NAMUR (Belgium), which is situated in the City of Namur, this almost abandoned building, saw the second birth of a project at the end of 2007 oriented towards different means of artistic expression: first and foremost concerts every weekend, but also exhibitions, installations, workshops, artists' residence, etc. Supported by the French Community via a network of halls called Club Plasma, the Belvédère is managed by several actors in Namur grouped in NPO Panama (Platform of associations in Namur active in the field of contemporary music).

The project idea reflects only the organizers’ views. The European Commission is not responsible for any use that may be made of the information it contains.